Sunsets with all their glorious colors, flowers blooming out of closed buds in a minute-long video - there’s something about timelapse videos that fascinates the viewer every single time. If you are planning to make a time-lapse video and looking for a time-lapse maker, you are at the right place. But first things first.

What is a time-lapse video?

A time-lapse video is a recording of an event taken over a long period and played much shorter also, in a fast motion playback speed. Such videos have been picked up as a popular style of video because they can deliver a lot of information in a short time frame.

The attention span of an average human being is somewhere between 8 to 15 seconds. Therefore, keeping any video short as you can, to the point, visually appealing, and fast-paced is the need of the hour.

How to Make a Time-lapse Video Online

Anyone, technically skilled or not, can easily make a time-lapse in minutes. But to start, you need two things - a video and an online video maker like Typito. Also, make sure your video has some element of change in it. Because without an evident change over a period of time, time-lapse videos don’t really have a purpose. Here's how you can do it.

Step 1: Log in to Typito and add your media

Firstly, head over to Typito from your browser. Log in to Typito or get started directly if you’re new. Then, create a new project and upload your clips. Drag and drop your media into the window or click to browse media clips from your system files. Upload your video and add it to your workspace.

Your video will be created in a widescreen format with video dimensions of 9:16. You can also click on the Resize option on the left panel and make your own custom format.

Click on the media element in the timeline. In the left pane, under the options tab, you will find the speed slider that specifies the speed of the media.

Drag it to increase the speed above 1x. Typito offers up to 10x in steps of 0.5x.

Add text if needed, but don't make it messy and cluttered. Remember, the video is already playing at an increased speed. So the test should not be a distraction.

You can also add a suitable background track to your timelapse video.

Finally, preview the video for errors. Once checked, you can export it if satisfied.

Time-lapse videos can also be made during production with cameras and even on our phones. Here’s how you can do it on your devices.

How to Make a Time-Lapse video on your Phone

How to Make a Time-Lapse video on your Camera

Generally, cameras have a time-lapse option in their settings that does most of the job. Different cameras might have it at different menus, but a good place, to begin with, is the video setting.

Enable the option and tweak other settings like exposure before capturing the event. If you have to record the event for long hours, be sure to use a tripod for support. Handheld shooting is not only impractical but also inconvenient for a long video.

If your camera doesn’t come with an inbuilt time-lapse option, there is still a way to take a time-lapse video without any trouble.

This method is slightly more complicated than the above but still effective. Time-lapse videos can not only be made from videos. A lot of continuous photos stacked one over another also give a time-lapse video.

Note: The interval can be set in your camera in most cases. If it is unavailable, you can use an external device popularly known as the intervalometer with your camera to do the job.

Creative use of Time-Lapse Effect on Video

A time-lapse video of the city skyline transitioning from day to night never fails to impress us. It is popular because it gives us the experience in a matter of minutes with beautiful visuals and changing hues. You can capture the clouds and their movements on a bright sunny day for cloud watching later.

Time-lapse videos of stars in the night sky, the surreal Northern Lights are a treat to the eyes. Time-lapse is a format that suits this genre aptly as the original footage of these events will be for hours. In addition to that, it is much more interesting and easy to watch in a shortened, fast-paced form.

For example, here you can see a beautiful timelapse video of the Milky Way and the night sky of over 20,000 images over three years by the Youtube channel Harles Garage.

#2 Making-of videos of a product, recipe, or movie

This is because the time-lapse concept makes the process look more straightforward and relatable. It makes it look like it is easier than it is. We can transform dull, long content into fun, consumable, short videos with the time-lapse format.

Here is a video of the set construction process of the movie Alien: Covenant is shown in timelapse uploaded by Jacinta Leong. A procedure of many hours is made into a 7-minute video for the audience to witness the event.

#3 Overview of an event, show, or a meeting

Time-lapse videos are great tools to summarize a significant event or a meeting for record-keeping, marketing, or filling in for people who couldn’t be present. Ideally, an event could be a few hours long and filled with moments to remember or record.

Time-lapse videos can put across a considerable amount of information in a shortened period. Hence, a perfect candidate for the purpose.

In this video, you can watch the timelapse of 48 hours of back-to-back Gamedays from the roof of TCF Bank Stadium made by the Gopher Digital Productions team.

Time-lapse videos in Hollywood and Entertainment

Time-lapse videos have combined with movies in the entertainment industry to step out of the ordinary and add a little variety. It’s also a way to enhance an idea.

A particular field that has constantly been doing this is the entertainment industry. Movies and shows strategically place time-lapse videos to convey an idea better or faster. Also, action scenes use the time-lapse concept for dramatic expose and movie trailers, to give more information.

One common occurrence of time-lapse clips in movies is the transition of day and night or vice versa. Instead of just cutting to the next day, moviemakers go for a time-lapse clip of night to morning to maintain continuity and cohesion. In the same subject, changing seasons to indicate the passing of time is also shown as time-lapse videos.

Long waits in movies also use time-lapse videos. This way, the entire wait is covered without actually making a film longer. Similarly, scenes with long drives and lengthy travels also adopt this strategy.

In the popular sci-fi action film Lucy, time-traveling across places is shown using the time-lapse effect.

Nature and wildlife channels majorly use time-lapse content. Also, forest life, the changes in the sky, the growth of a plant or an animal, and a lot more use time-lapse videos to keep the viewers invested.

Here is a visually therapeutic video of flowers blooming on the National Geographic YouTube channel.

In short, time-lapse videos are interesting ways to present content as their fast-forwarded nature keeps us on our toes. They also pack a lot of information in a pocket-sized video for easy consumption. Don’t have the equipment and the devices to shoot a time-lapse video? You can always make one from a regular video very quickly on Typito. 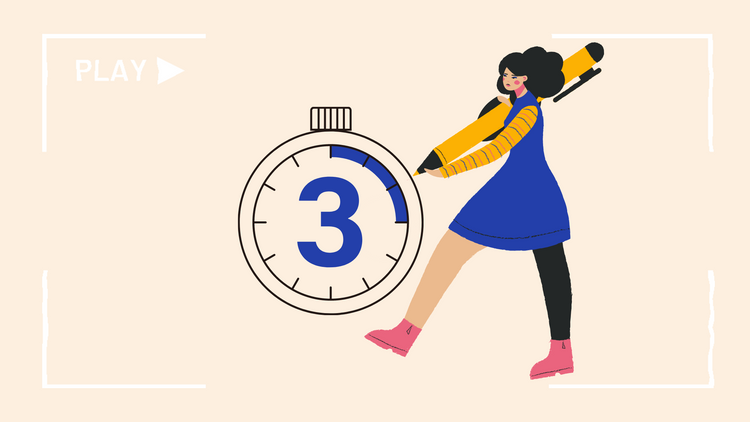 How to Add a Timer to a Video Easily

Workout videos have really made exercising incredibly convenient. Working out at home with the help of a video is without
Nov 24, 2022
6 min read
Nov
16 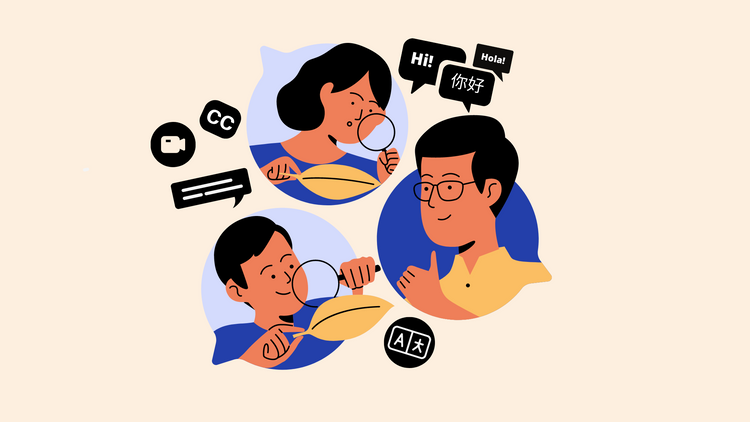 How to Automatically Translate Videos to Any Language 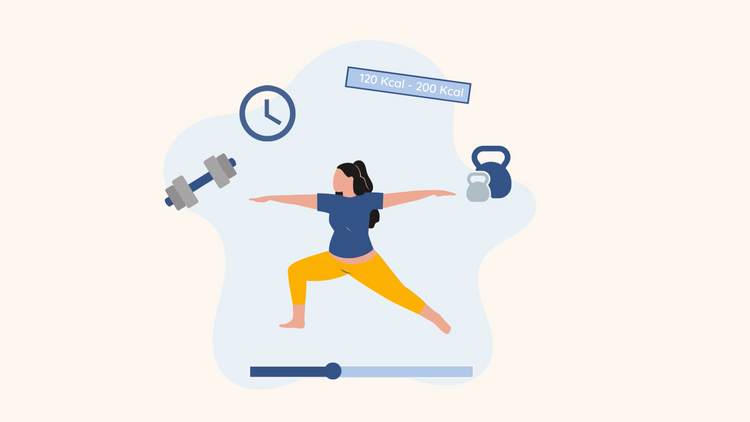 How to Add a Progress Bar to Video Easily

A good number of us have seen many types of videos on YouTube or social media, each featuring a unique
Nov 9, 2022
7 min read
Nov
08 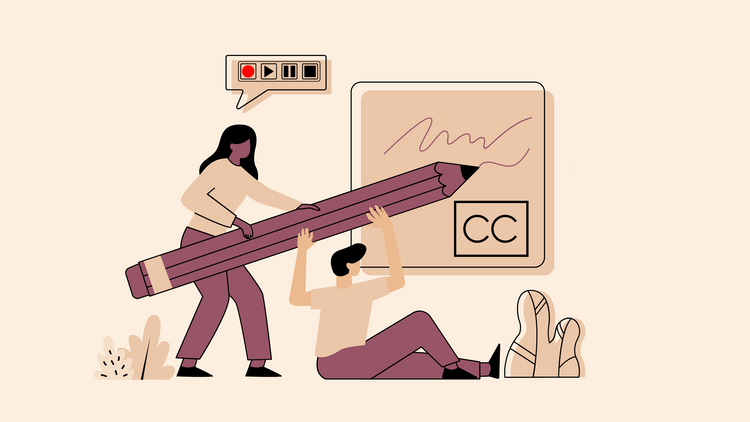 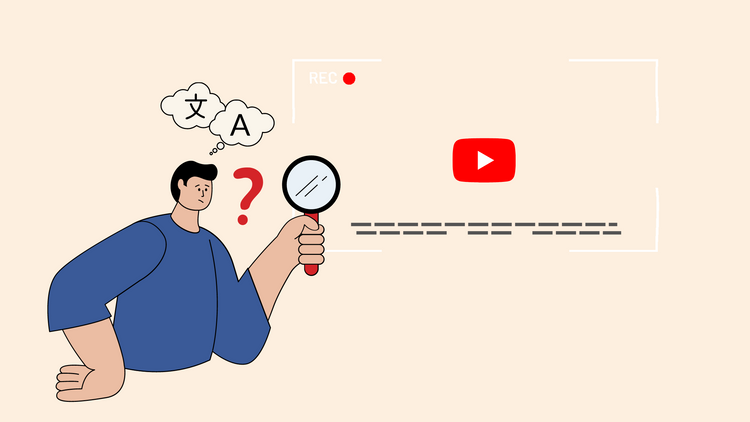 As a YouTuber, your content has the potential to reach an international audience. With the number of people worldwide who
Nov 2, 2022
5 min read